The Oil market has been exploding higher since it found support in its crash following the emergence of the Omicron Covid-19 variant on Thanksgiving weekend.

That downside catalyst came on the heels of revelations from the Biden administration about a plan to add supply to the oil market through releases from the Strategic Petroleum Reserve.

Between the two headline catalysts, WTI Crude Oil fell over 23% in two weeks. However, since that sharp dip, we have seen nothing but upside, with oil now back at new multi-year highs and threatening a move that analysts at several major Wall Street firms say could top $100/bbl this year.

That points to the potential for major sector leadership for stocks in the energy space. With that in mind, we cover some interesting opportunities in the energy sector below.

Pioneer Natural Resources Co. (NYSE:PXD) shares have been exploding higher over recent weeks. The company operates as an independent oil and gas exploration and production player with strong operations in the US shale space.

According to its materials, PXD engages in hydrocarbon exploration in the Cline Shale. It has operational projects in several major oil and gas producing areas, including the Permian Basin, Eagle Ford Shale, Rockies, and West Panhandle projects.

Pioneer’s fourth quarter and full year guidance assumed that the Delaware Basin assets would be included in the Company’s financial results for the entire quarter. However, with the completion of the divestiture today, Pioneer will not include any operating or financial results attributable to the Delaware Basin assets after December 20, 2021 in its fourth quarter results.

And the stock has been acting well over recent days, up something like 8% in that time.

Pioneer Natural Resources Co. (NYSE:PXD) managed to rope in revenues totaling $5B in overall sales during the company’s most recently reported quarterly financial data — a figure that represents a rate of top line growth of 167.2%, as compared to year-ago data in comparable terms. In addition, the company is battling some balance sheet hurdles, with cash levels struggling to keep up with current liabilities ($775M against $4.5B, respectively).

Camber Energy Inc (NYSE American:CEI) is one stock in the energy sector that hasn’t been soaring higher over recent weeks. For investors looking for deep value plays in a hot space, CEI could be very interesting given that the company owns a majority interest in operating energy assets located in North America in Kansas, Missouri, Texas, Louisiana, and Mississippi through its subsidiary, Viking Energy Group Inc (OTC US:VKIN).

Camber also has another big point of interest lined up for 2022: the carbon capture theme. Through a recent Exclusive Intellectual Property License Agreement with ESG Clean Energy, the company made a deal for ESG’s patent rights and know-how related to stationary electric power generation, including methods to utilize heat and capture carbon dioxide.

Camber Energy Inc. (NYSE American:CEI) is also interesting because the company recently announced a major funding round of $100 million through an institutional investor interested in building a major preferred share position. According to the company’s release, the purchase price was paid by the Investor via payment of $5 million in cash and the execution of four Promissory Notes from the Investor in favor of Company, each in the amount of $23.75 million and payable by the Investor to the Company on March 31, 2022, June 30, 2022, September 30, 2022, and December 31, 2022, respectively.

CEI leader James Doris added, “With the funding commitment in place we can confidently pursue new acquisitions and other important value-added initiatives throughout 2022, yet we have the option of redeeming all or a portion of the shares and not accept the funds if we do not believe it is in the best interest of the company to do so at the particular time. The structure was purposely designed to provide the organization with unprecedented optionality.”

Camber Energy Inc. (NYSE American:CEI) shares also show up as heavily shorted following a potentially suspect “short report” from a bear fund in the fall. Its majority owned subsidiary, VKIN, has seen over 40% of all trading volume associated with short-side trading activity on more than half of its trading sessions over the past month, according to data from OTCShortReport.com. Given the rising price of energy products, and CEI’s commercial operations in the space, it could be just a matter of time before we see some of that short interest come under pressure in the form of a squeeze.

“We are excited to announce two more significant discoveries on the Stabroek Block,” CEO John Hess said. “Positive results at Fangtooth, our first standalone deep exploration prospect, confirm the deeper exploration potential of the Stabroek Block. Both discoveries further underpin our queue of future low cost development opportunities. We continue to see the potential for at least six FPSOs on the Stabroek Block in 2027 with a production capacity of more than 1 million gross barrels of oil per day, and up to 10 FPSOs to develop the discovered resources on the block.”

And the stock has been acting well over recent days, up something like 6% in that time. 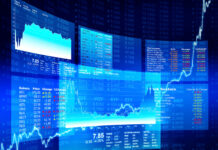 Tiny Apparel Stock that Could be a Big Opportunity in the Making (PVH, FBCD, UA, TPR, AEO, TJX, GPS, URBN)

Ward Sport - May 17, 2022 0
One of the most highly sought-after investment themes since the tech boom in the late 90s might be a sector to which...