We want to talk about what we believe to be an underappreciated stock right now: KULR Technology Group Inc. (OTCMKTS:KULR).

But first, the context needs to be set. The electric vehicle (“EV”) theme in the stock market is obviously top-of-mind for most traders these days because of a long-term thesis that adds up to big returns over time even if the initial timing of entries is misplaced.

“Here’s where you can park your investment capital because eventually it’s going to really pay off!”

That seems to be the narrative. And that narrative is fueling near-term performance in the same stocks, which is somewhat ironic. However, there’s another argument that suggests a near-term outperformance for EV stocks is justified, which has to do with the price of gasoline.

As you are no doubt aware, broad public perception of the price of a mile driven with gasoline is a major factor in how EV original equipment manufacturers (“OEM’s”) perform (ie, Tesla) in terms of business flow. In other words, people are more interested in buying an electric car if they think gas prices are going to stay high in the future.

“But gas prices are cheap now,” you might be saying, “so how is this a good thing for EV OEM’s and their shares?!”

Great question. Here’s an answer: gas prices are linked to oil prices on any timeframe longer than a few minutes. And oil prices are determined by supply and demand, with supply being determined by how much production capacity the major oil producers are willing open up at any given time.

Over the past three months, the price of West Texas Intermediate Oil (or “WTI Crude”) has skyrocketed from negative $40/bbl (-$40) to over $40/bbl as producers took the number of operating oil rigs down from over 680 in March to under 180 at last count. They have stayed at bare bones production since May despite steadily rising demand, which is why the price of oil doesn’t seem to pull back even though we see such terrible virus numbers these days.

The point, for companies at the heart of the EV space – like KULR Technology Group Inc. (OTCMKTS:KULR) – is that the producers may not switch those rigs back on no matter how much demand comes back, until we have a fully functional virus. Why? Because it costs money, and it represents risk. As soon as the capacity is restored, we could shut everything back down and the price could crash back into negative territory. And then they would have to pay the fixed costs to shut the rigs back down. A double whammy.

To avoid this risk, most producers will likely sit on the sidelines until we have a vaccine, no matter how high the price of oil goes. That’s a scenario that plays right into the hands of companies like KULR Technology Group Inc. (OTCMKTS:KULR).

This is potentially a huge opportunity, and KULR Technology Group Inc. (OTCMKTS:KULR) is a particularly interesting name in this narrative because it represents possibly the most underpriced and undervalued stock in the EV group.

The stock has suffered from low visibility, to be sure. But that could change now that the CEO was just a guest CNN (this week). And now that it has a deal with Drako Motors, makers of the Drako GTE – perhaps the world’s most explosive EV supercar.

But the main thing that could help to fuel the stock is the company’s recent announcement that the USPTO just awarded KULR a patent on its Thermal Runaway Shield (TRS) technology – patent #10727462 was awarded on July 28, 2020.

We would also note that this is the second patent the Company has been granted on its TRS technology.

According to the company’s release, the TRS is a sleeve-like shield that surrounds and separates individual cells in multi-cell packs and contains carbon fiber core and liquid coolant. The unique combination and configuration of the shield passively draws intense heat of cell failures away from nearby cells while dousing the failed area in a cooling and fire-prevention liquid. The TRS product is used by NASA to transport to and store batteries aboard the International Space Station.

“Securing this patent is a substantial leap forward in our research and development of products that make batteries safer,” said Dr. Timothy Knowles, co-founder and Chief Technology Officer of KULR. “We are very pleased with the development of our patent portfolio.  This new issuance expands the breadth and depth of our battery safety technology covering catastrophic battery failures.”

We would point out, in addition, that a comprehensive analyst report by Litchfield Hills Research last month estimated that KULR technology has an addressable market of $8 billion. That report further expounds: “Both the growth of electric-motor based transportation and demand for increased safety of lithium-ion batteries are key drivers for KULR … KULR has what we believe to be better and lighter materials for thermal management.”

“Battery safety is a global concern across many large and rapidly growing markets such as electric vehicles, battery storage, 5G infrastructure, and space exploration.” said Michael Mo, CEO of KULR. “We continue to work with government agencies, regulators and commercial customers across the world to deploy our technology.” 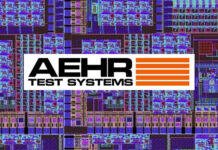 Gavins Felicity - February 7, 2023 0
Markets are flat in early pre-market trading today as investors have their eyes on the Fed today shortly after noon. Yesterday, we...