In case you haven’t noticed, the stock market is making your neighbor rich. Feel bad yet? He just bought another sports car a few hours ago. The family across the street just went to Aspen for a week-long ski trip because they diverted their savings into SPACs.

Love it or hate it, it is what it is. Fortunes are being made right now and the music is playing. Those who aren’t dancing are having a bad time complaining about the punch. But no matter how you slice it, the party is ongoing on Wall Street, and it’s being powered at this point – for perhaps the first time in two decades – by the retail investing crowd.

The precious “Momo” is alive and well. According to our research, it is most alive in the following spaces in the market: highly shorted covid-disrupted names, electric vehicle names, social media marketing names, and cannabis names.

With that in mind, we take a look at a few top red-hot momentum movers across those themes that have the potential to continue to light up the scoreboards, including: AMC Entertainment Holdings Inc (NYSE:AMC), FuelCell Energy Inc (NASDAQ:FCEL), Clubhouse Media Group Inc (OTCMKTS:CMGR), and Mind Medicine (MindMed) Inc (OTCMKTS:MMEDF).

AMC Entertainment Holdings Inc (NYSE:AMC) is tagging along with GME, BBBY, GSX, and other names that are tethered to a full post-pandemic reopening theme, and have been big short targets by large hedge funds. The company trumpets itself as the largest movie exhibition company in the United States, the largest in Europe and the Middle East, and the largest throughout the world, with approximately 1,000 theatres and 10,700 screens across the globe.

AMC Entertainment Holdings Inc (NYSE:AMC) most recently announced that since December 14, 2020, it has successfully raised or signed commitment letters to receive $917 million of new equity and debt capital. This increased liquidity should allow the company to make it through this dark coronavirus-impacted winter.

According to the company’s release, of this $917 million in much-welcomed monies, AMC has raised $506 million of equity, from the issuance of 164.7 million new common shares, along with the previously announced securing of $100 million of additional first-lien debt and the concurrent issuance of 22 million new common shares to convert $100 million of second-lien debt into equity. In addition, the Company has executed commitment letters for $411 million of incremental debt capital in place through mid-2023, unless repaid before then, through the upsizing and refinancing of its European revolving credit facility. On this new European debt, AMC has the option of paying non-cash PIK interest throughout its duration. All amounts are prior to factoring in transaction costs, investment banking fees and original issue discounts.

The context for this announcement is a bit of a bid, with shares acting well over the past five days, up about 62% in that timeframe. Shares of the stock have powered higher over the past month, rallying roughly 98% in that time on strong overall action.

AMC Entertainment Holdings Inc (NYSE:AMC) managed to rope in revenues totaling $119.5M in overall sales during the company’s most recently reported quarterly financial data — a figure that represents a rate of top line growth of -90.9%, as compared to year-ago data in comparable terms. In addition, the company is battling some balance sheet hurdles, with cash levels struggling to keep up with current liabilities ($428.8M against $1.6B, respectively).

FuelCell Energy Inc (NASDAQ:FCEL) most recently announced earnings, with total revenues coming in at $17 million, beating the Consensus Estimates of $16 million by 6.8%. Revenues also improved 54.5% from $11 million in the year-earlier period.

That has helped, but the big catalyst here is likely the Biden administration coming into power with majority control of both houses of congress and a stated objective to power clean energy and the climate agenda.

The context for this announcement is a bit of a bid, with shares acting well over the past five days, up about 19% in that timeframe.

Clubhouse Media Group Inc (OTCMKTS:CMGR) is an influencer-based marketing and media firm with a global aggregate social media reach of over 100 million followers. The company this morning just announced that it recently surpassed 1 billion impressions per month for the content published by its network of influencers – a huge force in the market by any standard.

“I do not know of any other influencer-based marketing firm that has the capacity to coordinate this scale of social media influence around any given project, product or service,” remarked Chris Young, co-founder of Clubhouse Media. “Other similar outfits manage a particular influencer or tightly confined demographic. We may be the only player on this field that can activate such a wide base of influence around a coordinated campaign. To further leverage that scope, we have started to talk to potential partners as we move toward new branded product launches where we are more directly involved from the ground up, which is enormously exciting.”

Clubhouse Media Group Inc (OTCMKTS:CMGR), as noted by the company, now stands out in its industry not only in terms of total scale of influence, but also by virtue of its unique ability to coordinate a diverse group of influencers with a broad demographic reach toward a single targeted marketing objective. Clubhouse Media influencers have appeal across a wide diversity of age groups, regions, nations, and cultural groups, creating the potential to drive enormous value in the launch of new brands.

We would expect new high-impact catalysts here to emerge given the company’s model. “In many ways, we are moving into uncharted territory as far as a monetization model,” added Young. “There are so many ways to monetize what we have built, and we want to target our efforts toward those pathways that will maximize ROI and shareholder value. Our focus at present is on monetizing through direct marketing deals and preparing to join forces with new partners in the launch of powerful brands backed by our in-house reach.”

And the stock has been acting well over recent days, up something like 139% in that time. Shares of the stock have powered higher over the past month, rallying roughly 67% in that time on strong overall action.

Clubhouse Media Group Inc (OTCMKTS:CMGR) seems set to hit the wires before long with its initial revenue growth figures. The company got started just last year. But it recently put out a release noting deals with a large number of major brands. So, there’s almost certainly growing cash from operations flowing in the door at this point, and it will be interesting to see the numbers as commercialization kicks off in a very hot space.

The Company is assembling a compelling drug development pipeline of innovative treatments based on psychedelic substances including Psilocybin, LSD, MDMA, DMT and an Ibogaine derivative, 18-MC. The MindMed executive team brings extensive biopharmaceutical experience to the Company’s groundbreaking approach to developing the next generation of psychedelic inspired medicines and therapies.

Mind Medicine (MindMed) Inc (OTCMKTS:MMEDF) recently announced the start of the first ever clinical trial measuring and evaluating MDMA and LSD used in combination in the human body. The trial will be conducted at the University Hospital Basel Liechti Lab, in Basel, Switzerland.

According to the release, if administered in combination with LSD, MDMA may increase positive subjective drug effects, including positive mood and empathy, and reduce the negative emotions and anxiety that are sometimes associated with LSD – producing an overall more positive experience.

The context for this announcement is a bit of a bid, with shares acting well over the past five days, up about 16% in that timeframe. Mind Medicine (MindMed) Inc (OTCMKTS:MMEDF) had no reported sales in its last quarterly financial data. However, the company has a strong balance sheet, with cash levels far outweighing current liabilities ($18M against $4M, respectively). 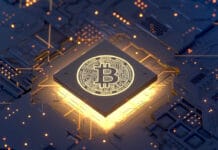 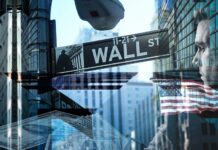