Avenue Therapeutics Inc. (NASDAQ:ATXI) has announced a publication in the Drug Safety journal titled “Real-World Data in Nonmedical Use of Tramadol for Patients Evaluated for Substance Abuse Treatment in the NAVIPPRO Addiction Severity Index-Multimedia  Version Network .”

Jody Green, the chief scientific officer for Integrated Behavioural Health’s Inflexxion division, said that the use of real-world data is a huge boost for the post-market risk-benefit evaluation of opioid medication prescription. This is because nonmedical; use of comparative rates between opioid prescriptions can help patients and healthcare providers in decision making in pain management. Equally, it will help in balancing the need for pain therapy versus the possible NMU risk. Green said that compared to other opioid compounds, tramadol has demonstrated lower rates of nonmedical use, non-oral administration avenues such as injecting or snorting, and diversion, which suggest a lower potential of abuse.

The study’s objective was to evaluate NMU and diversion of tramadol compared to other opioids such as morphine, hydrocodone, and oxycodone using real-world data from the Addiction Severity Index-Multimedia Version. The study used a cross-sectional study design in evaluating past 30-day tramadol and other opioid NMU in adults for substance abuse treatment. According to the paper, tramadol has a lower NMU rate compared to other opioids and is less likely to be used through other non-oral avenues or diverted.

Also, the company announced the publication of a paper in the Drug and Alcohol Dependence journal titled “Tramadol Non-Medical Use in Four European Countries: A Comparative Analysis.” The study’s objective was to get insight into the abuse and misuse of tramadol in countries where there is access to parenteral tramadol. The paper’s lead author Janetta Iwanicki said that there is a need for a consistent measure of the misuse behavior and prevalence in the countries. Janetta said that the study evaluated Tramadol relative to other conventional opioids through a harmonized validated national survey across the UK, Italy, Spain, and Germany. Despite its availability, tramadol still has a low rate of abuse and issue in the four countries. 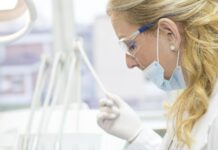 Akero Therapeutics (NASDAQ:AKRO) surges when rest of the market crashes 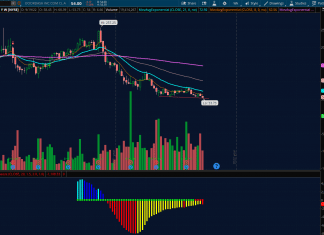 DoorDash Inc (NYSE:DASH) could slip further to the downside and here’s...

FREYR Battery SA (NYSE:FREY) could be next EV battery stocks to...

Addentax Group Corp (NASDAQ:ATXG) is surging and could continue here’s why

Etsy Inc (NASDAQ:ETSY) presents a buying opportunity and here’s why