Home Business Financial markets do not seem to be stressed (DIS, CAR, K)

The market gapped down this morning in continued risk-off sentiment although there has been a small pop on the open. The QQQ’s are down about 1.3% this morning.

Disney (NYSE:DIS)- DIS- Disney missed earnings badly and the stock was down over 13% yesterday. The stock has been in a downtrend since last year and unlike NFLX we don’t see this changing. We think Disney is more of an ABNB type situation, and could see this trading even lower over the next couple of weeks.

Kellogg Co (NYSE:K)-  Despite the bear market, Kellogg Company is still just 10% off its highs and is trading at a major support area. Even through tough economic conditions, I think most people will still continue to buy their Kellogg breakfast in the morning. All that makes K a better long play than most in the current economic environment and the technicals here make for a great trade setup.

Avis Budget Group Inc (NASDAQ:CAR)-  AVIS budget group was one of the greatest short squeezes I have ever seen about a year ago. We finally came back to reality and has since had another bounce. We still think it’s at lofty levels and just like back in April and we expect this to pull back plenty. 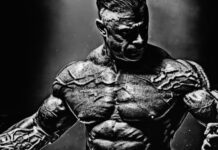