Information about the greenhouse testing

The company announced that it has adopted tested Greenhouse testing of APH1 &#x002013; modified tobacco plants with resistance trait versus absolute control. The traditional agricultural method is practiced in agricultural practice. It takes advantage of herbicides that only affect weeds and not the commercial crop. This method allows the farmers to apply the herbicide during the growing season. Another advantage of this method is the fact that it is free from commercial risk to the crop. Against this backdrop, AgPlenus Ltd announced that the company is developing a leading herbicide candidate, APH1.

The news is reported as a milestone achievement, following the conclusion of greenhouse tests. The respective tests demonstrate that model plants are modified with a resistance trait and treated with APH1. After the test, it came to light that the plants involved in the test are resistant to it, and the plans also demonstrated no damage after application. The results of the test are encouraging. They bring to light that there is significant scope for developing commercial crops with herbicide resistance to APH1, expanding its potential use to additional commercial crops.

While corn and other cereals already exhibit inherent tolerance to APH1, crops such as soybean do not. Therefore, it makes it paramount to develop a resistance trait to APH1 that can facilitate the potential offering of APH1 to those additional crops. A source from AgPlenus Ltd. shared that the next move in developing a resistance trait is to develop a strategy to modify soybean plants to establish a resistance to APH1 in this important commercial crop.

An official from AgPlenus Ltd. comments on the recent developments

Douglas Eisner, CEO of AgPlenus, stated: “The results of this POC experiment demonstrate the feasibility of developing seeds for commercial crops that are resistant to our herbicide candidate, APH1, potentially broadening the market for APH1 to a wider range of crops. AgPlenus intends to leverage the success of this POC experiment to expand our product offerings. We are looking forward to the next developmental stage, moving from the model tobacco plant to soybean plants, representing an important potential market segment for APH1.” 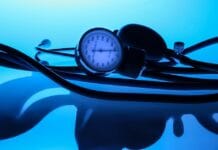 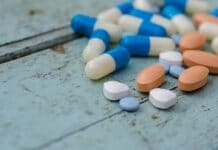