During the quarter, Leap finalized a $103.6 million public offering for common stock and pre-funded warrants to acquire common stock generating net proceeds of $96.8 million. In addition, the company offered 27.57 million common stock shares that include the sale of an extra 4.74 million common shares pursuant to the exercise of Underwriter’s Option to buy more shares and. The proceeds include $7.25 million invested by BeiGene Ltd, its current investor, and collaborator.

The company also presented positive preliminary data from the DisTingGuish Study of DKN-01 plus tislelizumab and chemotherapy in treating gastric cancer at the European Society for Medical Oncology Congress 2021.

CEO of Leap Douglas E. Onsi said, “We presented positive new data at ESMO of DKN-01 in combination with BeiGene’s tislelizumab and chemotherapy demonstrating compelling overall response rates in patients with first-line gastric or gastroesophageal junction (G/GEJ) cancer, particularly those patients whose tumors expressed high levels of DKK1 or low PD-L1. We look forward to presenting additional data from the DisTinGuish study early next year and aggressively advancing DKN-01 into the next stages of development in G/GEJ and other cancers.”

Leap is developing DKN-01 as a humanized monoclonal antibody that attaches and blocks DIckkopf-1 (DKK1) protein activity. DKK1 modulates the Wnt/Beta-catenin and PI3kinase/AKT signaling pathways that play a vital role in tumor cell signaling and mediation of immune-suppressive tumor microenvironment.

Leap reported a net loss of $11.1 million in Q3 2021 relative to $7.1 million a year ago. Licenses revenue was $-0.4 million in Q3 2021, same as Q3 2020 related to the company’s agreement with BeiGene for development and marketing of DKN-01 in New Zealand, Australia, and Asia except for Japan. At the end of the quarter, the company had cash and equivalents of $124.8 million, with R&D incentive receivables being $1.6 million. 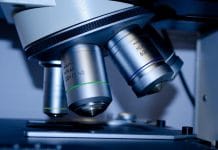 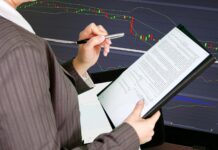 Kate Hudson - August 5, 2022 0
Humanigen Inc. (NASDAQ: HGEN)  has announced the strategic realignment of its resources and pipeline in a bid to achieve its main clinical milestone. The...