Sio Gene Therapeutics Inc. (NASDAQ: SIOX) has announced that Chief Research and Development Officer Gavin Corcoran will leave the company as of November 12, 2021, to focus on other opportunities with a private healthcare tech company.

CEO and President Pavan Cheruvu will assume Corcoran’s roles as chief R&D officer. As part of this realignment of the R&D department, Sio Gene has created two positions, Senior Vice President of Early Development and Scientific Affairs and Chief Medical Officer, that will be reported to the CEO and searched for candidates for these positions are ongoing.

Cheruvi said, “Gavin has been instrumental in leading our R&D organization through a period of growth as we evolved our business model towards the development of CNS gene therapies. I’m proud of the team he has attracted who will carry on our patient-focused mission, and on behalf of the company, I want to thank Gavin for his many contributions to Sio.”

The CEO added, “With the continued progress of our gene therapy programs in the clinic, including positive data announced earlier today in GM1 gangliosidosis, and plans to expand our pipeline by investing in next-generation genetic medicines, the addition of a CMO and SVP of Early Development and Scientific Affairs will strategically position us for the advancement and expansion of our pipeline.”

The company has also announced that the FDA has awarded a fast Track Designation to its adeno-associated viral vector 9-based gene therapy candidate, AXO-AAV-GM1, for Type I and Type II GM1 gangliosidosis treatment.

Cheruvu commented, “Receiving Fast Track Designation is a critical step in our mission to develop the first potential treatment for all pediatric forms of this rare, terminal disease. This designation joins both the Orphan Drug Designation and Rare Pediatric Disease Designation assigned to AXO-AAV-GM1 by the FDA, which we believe further demonstrates the potential impact of this work on the patient community.” 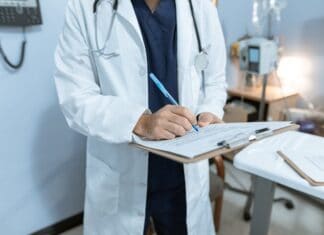