Space. The Final Frontier. As with any frontier in human culture, there are two main steps: 1. Exploration and discovery; and 2. Commercialization.

The first step took place basically from the 60’s to the 90’s. The second is now fully underway, and it looks like a doozy. While it’s hard to understand how space can be a resource, there is a roadmap coming into existence. And it would appear that 3d printing technology may be one of the most significant core forces underlying – and benefitting from – the process.

In the near term (over the next decade or so), the commercialization framework includes the development of a commercial economy in low Earth orbit (LEO).

This will likely benefit from the inevitable and already-signaled retirement of the International Space Station (ISS). LEO commercial prospects are dominated by commercial space stations as successors to the ISS.

This roadmap presumes that current ISS participants transition from being owners and operators to being customers of commercially owned and operated facilities that replace the ISS. Once this aspect of the LEO commercial ecosystem is privatized, one would assume that costs are reduced for participation, and many more countries will be able to participate.

That is thought to augment demand and create a self-reinforcing feedback loop of economic growth in LEO economics, lowering launch costs and enabling still more customers, which spurs the potential for more ambitious objectives, fueling a growing space-oriented economic ecosystem that can open up some truly remarkable future goals for humanity.

But a basic ingredient in this process is fabrication – ie, 3d printing of functional resources. One of the most basic such processes is the space fabrication of 3D printed battery systems for space.

In other words, KULR has developed technology that meets this need – 3d printable lithium-ion battery systems with resistance to passive propagation risks that can work as space-borne fabrication technology for the coming space commercialization boom. And investors should take note.

While top 3d printing names such as 3D Systems Corporation (NYSE:DDD), Stratasys Ltd (NASDAQ:SSYS), and ExOne Co (NASDAQ:XONE) have positioned themselves as leaders in the space, the emergence of the space-borne economic ecosystem as a primary driver of 3d printing demand could vault KULR higher in relative terms given its strong status and history with NASA’s MSFC and the need to deliver functional printable technology in an extraterrestrial context.

KULR Technology Group Inc (OTCMKTS:KULR) is particularly interesting because it is involved in a process that has enormous growth potential with very little direct competition.

According to its release, only a handful of groups are working to adapt 3D printing for space application, and NASA’s MSFC is at the forefront of engineering excellence for 3D printing technology.

“Through our partnership with KULR, we will now have the incredible ability to build space-optimized battery pack systems in-orbit,” said Brandon Lewis, Human Landing System Cross Program Analysis Coordinator. “We take the safety of our astronauts very seriously. KULR’s technologies will enable us to build safer battery packs that prevent dangerous thermal runaway propagation and protect our most valuable assets.”

As noted in its communications, the ability to 3D print in space has numerous advantages, including the potential to make human space exploration less costly; allowing for extended missions; and reserving cargo capacity for other valuable items and/or equipment.

“The optionality to repair and replace battery packs in space with parts 3D printed in space is a complete game changer,” said Dr. Timothy Knowles, co-founder and chief technology officer of KULR. “3D printing of KULR’s PPR battery design will help lower the costs associated with battery pack transportation for the upcoming Artemis missions, where NASA will build sustainable elements on and around the moon in preparation for an eventual human mission to Mars.” 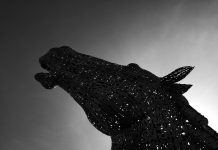