As per the agreement, Novavax has increased the NVX-CoV2373 manufacturing capacity to more than two billion doses per year once all the manufacturing capacity comes online by mid-2021. Novavax’s vaccine candidate is a stable protein prefusion made from the company’s recombinant protein nanoparticle tech and its proprietary Matric- M™ adjuvant.

Novavax’s Chief Executive and President Stanley C Erck stated that the Serum Institute Agreement enhances the company’s commitment to delivering its COVID-19 vaccine globally equitably. Stanley explained that with the agreement, the company now has in place an enhanced global supply chain. He added that the acquisition of Praha Vaccines and other top biologics manufacturers will enable the company to produce the vaccine candidate in three continents. The company is committed to developing the vaccine in second phase clinical trials with third phase efficacy trials expected in the coming weeks.

The Serum Institute agreement will augment Novavax’s supply chain global to deliver more than 2 billion doses of the vaccine through 2021. The company is manufacturing the NVX-CoV2373 antigen component at Novavax CZ, in Bohumil in the Czech Republic and other sites like FUJIFILM Diosynth Biotechnologies (FDB) in Texas and North Carolina, FDB in the UK, Biofabri in Spain, SK Bioscience in the Korea Republic, Takeda Pharmaceutical in Japan and now Serum Institute of India.

On the other hand, the company is manufacturing the Matrix-M™ adjuvant at Novavax AB in Uppsala, Sweden, and other partnering sites that include AGC Biologics in Denmark and the US. Polypeptide Group will also produce the adjuvant’s two key intermediaries in the US and Sweden.

Serum Institute CEO Adar Poonawalla said that the manufacturing agreement for NVX-CoV2373 is a huge milestone for the companies and will help cement their relationship. 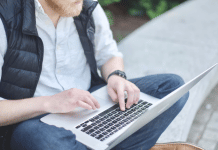