Arena Pharmaceuticals Inc. (NASDAQ:ARNA) has announced the completion of enrolment in its Phase 2b ADVISE study for the evaluation of etrasimod as a next-generation investigational, oral, highly selective, once per day sphingosine 1-phosphate receptor modulator as a potential moderate to severe atopic dermatitis treatment.

The study enrolled 140 patients in various study sites across the US Australia and Canada. The primary endpoint of the study was the percentage change in the Eczema Area and Severity index for about 12 weeks. Arena’s executive VP and R&D Head Preston Klassen said that the completion of the enrolment in the trial is a huge milestone for the company, and they were delighted that they were able to meet the high end of the targeted enrolment range. Klassen added this was a big step considering the challenges that society and the industry are facing.

According to Klassen, based on etrasimod’s best in class unique properties and to date non-clinical and clinical evidence the company is committed to driving its development in atopic dermatitis. Further, Klassen indicated that the company has the potential to address the need for an effective and safe oral alternative for patients with dermatologic conditions. Arena is looking forward to going on with the execution of the Phase 2b study and expects to have top-line data by the end of 2020.

Amit Munshi, the CEO and President of the company, indicated that they were pleased having competed for the ADVISE trial enrolment. So far, the company has been within times on track for its third phase ELEVATE UC program. The CEO added that the company has continued to witnesses disruptions in other programs due to the coronavirus pandemic.

As a result, the company has withdrawn its previous guidance on initiated trials and specific trials in the planning phase, including etrasimod evaluation in Crohn’s disease, alopecia areata, and eosinophilic esophagitis. Arena is, however, optimistic about initiating the alopecia areata and eosinophilic esophagitis at the end of this year and for Crohn’s disease in 2021. 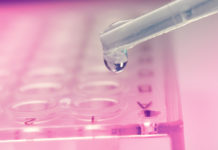 The US FDA Approves The Expanded Manufacturing Process Of ADMA Biologics Inc (NASDAQ:ADMA) To Produce IVIG