Netflix Inc (NASDAQ:NFLX) announced its earnings yesterday, and the stock reacted quite poorly. So, we have the makings for a nice bearish trade…and could be Wall Street’s idea of the day.

Right now the chart for the streaming service looks pretty bad. On the hourly, the stock slipped to the session lows after we got a bearish money-pattern crossover.

The stock found some support on the 200-period moving average on the hourly chart. However, the daily close brought it below that level.

With implied volatility low, I’d go for put options into late February. The gap-fill around $305 would be a juicy target, but it may take a few weeks to get there.

A few other areas to watch

Bonds are poised to break out above the trendline that’s been resistance to them. If that happens, we could see a spike in price pretty quickly.

Also, keep an eye on crude oil. It’s getting down near the gap-fill, which would be a nice area of support. It may not bounce hard. But it could make a nice put spread trade. 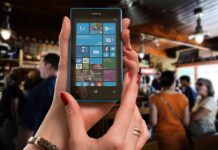 Nokia’s (NYSE: NOK) New Smartphone is a ‘Military Grade’ Model with 5G that can Take a Beating